In an effort to ramp up its European profile and become more engaged in Europe's networks – particularly via exchanges between researchers but also through cooperation and funding opportunities – the University of Passau initiated the new "Science Hub for Europe" (SHE) in January. It is the first of a total of three planned hubs: New forums for digitalisation/AI and sustainability are due to be launched over the course of the year. 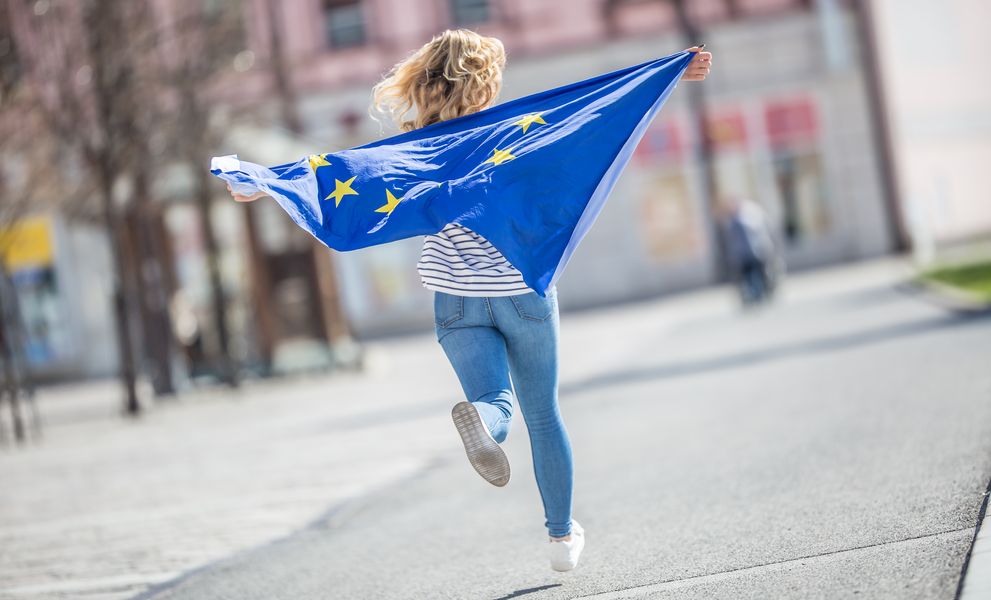 Europe has always played a central role for and at the University of Passau. Firstly, because of the many partnerships with universities in other European countries and, secondly, because Europe is one of the university's main fields of research and teaching. In the recent past, the University of Passau has been involved in a whole range of projects with European partner institutions. In light of this, the University Executive decided to further enhance its European profile, initiating the "Science Hub for Europe" (SHE) in January for just this purpose. The Science Hub for Europe has three objectives: to give greater visibility to the university's European focus, to continue bringing together internal synergies and to further invigorate networking efforts and expand the presence of the University of Passau at European level.

University President Ulrich Bartosch explained: "Our university has a long European tradition – not only because it is located at the heart of Europe but also in its teaching and research. With the Science Hub for Europe we are strengthening already existing structures using a very low-threshold approach. All our researchers are invited to become actively involved. It's what we need to ensure that first-rate science can and will continue to happen. To support the process, we will be strengthening and consolidating our research infrastructure, also at European level."

Professor Christina Hansen, Vice-President for International Affairs and Diversity, adds: "SHE will encourage ideation, flexibility and team work. It will intensify the exchange on European topics across the university campus, give them greater visibility and promote a deeper engagement."

Structurally, SHE consists of three pillars: a research forum, a "European Campus" and a European Office. The research forum gives researchers who wish to contribute to a given topic, or who have already done so, to network. It promotes exchanges, stimulates collaboration and gives rise to joint research projects, for example. The "European Campus" is home to all things initiated on the campus for the long term, such as relevant events and activities. Lastly, there is the European Office whose purpose is to enhance external networking and thus the university's European visibility and identity. A manager has been appointed for central coordination of these three constituent parts. This post is currently held by Axelle Cheney, the university's Strategic Advisor for Europe and Research.

The university will be setting up two more hubs with a similar structure over the course of the year: a Digitalisation and AI Hub headed by Professor Harald Kosch, Vice President for Academic Infrastructure and IT Facilities, and a Sustainability Hub headed by Professor Werner Gamerith, University Executive Commissioner for Sustainability.
To learn more about SHE and the University of Passau's general European profile, please visit www.uni-passau.de/europa.