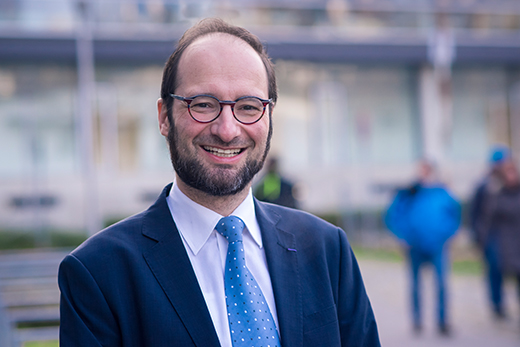 The vote was taken by the University Council at its most recent meeting. Professor Kosch, who holds the Chair of Distributed Information Systems, accepted the vote, saying: 'I look forward to my work as Vice President and wish to contribute to the further development of our University-wide information systems, to the continuous improvement and expansion of our IT services as well as the internationalisation of our services'. Over the next two years his responsibilities will be centred on the University's technical workshops and laboratories, the Centre for Information Technology and Media Services (ZIM) as well as IT projects.

Professor Kosch received numerous prizes for his publications and dedication to internationalisation, including the Award for Services to Internationalisation of the University of Passau in 2013. Most recently, he was made Chevalier de l'Ordre des Palmes Académiques, one of the highest French decorations for services to French education.