The United States Ambassador to Germany, John B. Emerson, will visit the University of Passau on Monday, 8 December. As part of the ‘Passauer Salon’ event from 4 to 6 p.m. in lecture theatre 10 (Audimax building, Innstrasse 31), he will answer questions put to him by students and members of the public in an American-style ‘town hall’ meeting. Media representatives are welcome. 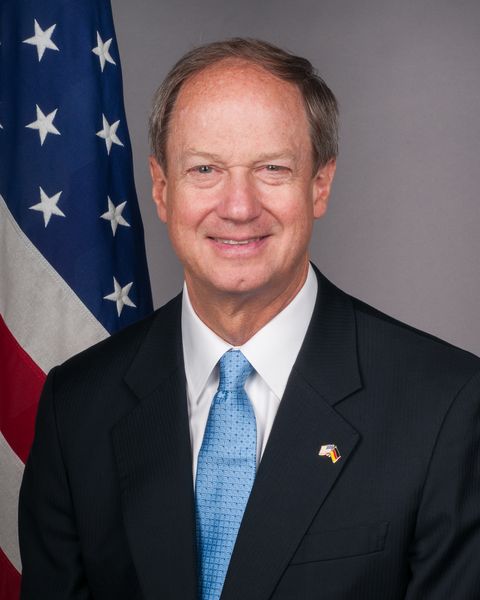 John B. Emerson, photo: US embassy

‘Town hall meetings are public events at which politicians answer the people’s questions’, explained Michael Oswald, lecturer at the Chair of Political Science. This is the second time a US ambassador comes to the University of Passau: previously,  Ambassador Emerson’s predecessor, Ambassador Philip D. Murphy visited in 2010. Ambassador Emerson is coming to Passau on invitation by Professor Winand Gellner (Chair of Political Science), who also be moderating the event. The town hall meeting was organised by the Chair in cooperation with GoverNET, the student society for the Governance and Public Policy degree programmes, and will be held as part of the Passauer Salon series of events.

John B. Emerson has been the US Ambassador to Germany since August 2013. Prior to this, he was the CEO of Capital Group Private Client Services from 1997 to 2013. Capital Grop is one of the world’s largest investment firms, with managed assets totalling more than one trillion US dollars. From 1993 to 1997, he served on former US President Bill Clinton’s senior staff. As Deputy Director of Presidential Personnel and subsequently Deputy Director of the Office for Intergovernmental Affairs, he acted as the President’s liaison officer to the US governors. Mr Emerson was also coordinator of the Economic Conference of the Clinton-Gore transition team.

Under President Obama, Emerson has been a member of the President’s Advisory Committee for Trade Policy and Negotiations since 2010.

Admission is free. Doors open 3:45 p.m. The event will be followed by a drinks reception.

Please address your media enquiries to the Media Relations Section of the University of Passau, phone: +49 851 509 1439.