Professor Ulrich Bartosch will succeed President Professor Carola Jungwirth on 1 April 2020, having been elected by the University Council on Wednesday this week. The term of office for university presidents at Passau is six years. 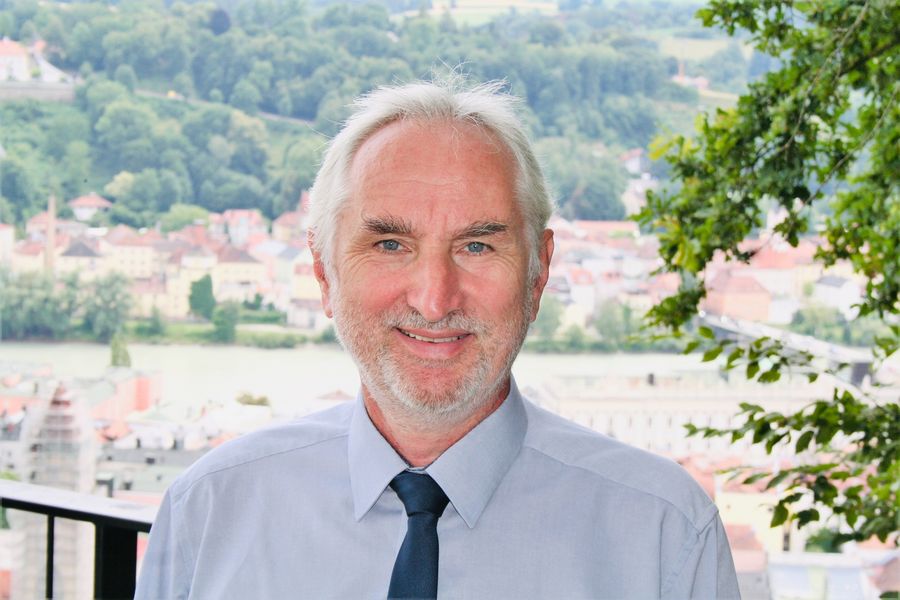 'I am delighted and very much look forward to being appointed President of the University of Passau. I would like to thank the University Council for their confidence in me and am deeply honoured by their vote', Professor Bartosch said immediately after the election results were announced. He said that he would do everything in his power to ensure the continuing successful development of the University of Passau. He also expressed his gratitude for the talks he had been having at various levels of the University in recent weeks. He said that these talks had instilled in him 'the image of a university that is dynamic and competitive but still has its own distinct charm'. He continued: 'The University will further develop and focus its profile within the co-operative network of Bavarian universities. For this, I ask for the co-operation and support of all members of the University: students, researchers, lecturers and administrative staff.'

The incumbent president, Professor Carola Jungwirth, said: 'I am convinced that we will both shape the University's further development and raise its profile both in the national and international arena, in line with the interests of the university family. I congratulate my colleague, Ulrich Bartosch, on his election win and wish him all the best for his duties as President of the University of Passau.' Professor Carola Jungwirth's term as university president ends on 31 March 2020.

Ulrich Bartosch, who hails from Regensburg, has been Professor of Education at the Catholic University of Eichstätt-Ingolstadt since 2000 and has taught at Leuphana University of Lüneburg and Kiel University of Applied Sciences as a visiting professor. Ulrich Bartosch gained his master's-level degrees, Diplom and Magister in Education and Political Science respectively, at the University of Regensburg. He wrote his doctorate on the history of political ideas under Iring Fetscher and Herfired Münkler in Frankfurt am Main. This was followed by research assistant positions at the universities of Regensburg and Passau, during which time he also held management positions in vocational and extracurricular education.

Ulrich Bartosch is Chairman of the Scientific Advisory Board of the Federation of German Scientists (VDW), whose executive board he previously headed for six years (2009–15). From 2007 to 2013, he was a member of the German expert team for the Bologna Process at the German Academic Exchange Service and served as Chairman of the Social Work Department (2006–12). For the German Rectors' Conference (HRK), he was in charge of the revision of the German Higher Education Qualifications Framework (HQR). He is currently a member of the ad hoc working group for 'Higher Education for the Digital Age in the European Context' of the Stifterverband’s University Forum on Digitalisation.

Professor Bartosch is an expert on curriculum development and credit transfer issues within the European Transfer Credit and Accumulation System (ECTS) as well as under the Lisbon Convention. For the past 16 years, he has been offering online courses at the Bavarian Virtual University (vhb) in co-operation with the Chair of General Education and the Chair of Education/Primary and Pre-Primary Education at the University of Passau. His main areas of expertise are citizenship education, inclusion and participation, world domestic policy and sustainability as well as higher education and European higher education reform.