The Economics and Business Administration Faculty of the University of Jena honoured Professor Stefan Bauernschuster for his excellent research in economic policy by conferring upon him the Walter Eucken Prize on 3 June 2016. 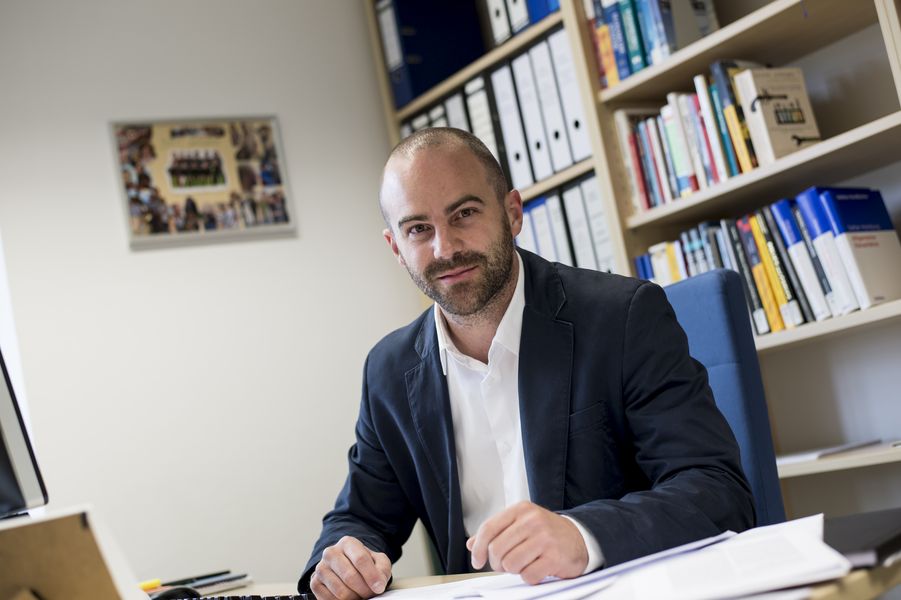 Konrad Adenauer, the first Chancellor of the Federal Republic of Germany, is reputed to have said: 'Kinder kriegen die Leute sowieso!' – people will always have children anyway – in connection with the 'contract of generations' at the core of the German pension system, by which the generation currently in employment supports the generation of pensioners. Now, however, it would appear that the demographic trend has proved him wrong, as fewer and fewer people of working age have to shoulder the burden of a growing number of pensioners as the baby-boomers hit pension age. What's more, there is no trend reversal in sight. In what continues to be a heated public debate, many ideas have been proposed on suitable instruments to boost birth rates: these have included raising child benefit, paying Betreuungsgeld (a monthly subsidy to parents who look after their two- and three-year-old children without using public child care facilities) and increasing the number of available child care facilities in Germany. But which of these measures work, and why? Professor Bauernschuster has sought an answer to this question.

On 3 June, the 35-year-old Professor of Economics was awarded the Walter Eucken Prize for his work in this area. The prize, which is awarded biennially by the Faculty of Economics and Business Administration of Friedrich Schiller University Jena, carries a prize money of 5,000 euros and is given for outstanding research related to economic policy.

'To be awarded with this prize is a great honour to me, said Professor Bauernschuster, who has held the University of Passau's Chair of Public Economics since 2013 and is a research professor at the prestigious Ifo Institute in Munich. As a student, Stefan Bauernschuster was acquainted with the constituting and regulating principles defined by Walter Eucken, which have influenced his own understanding of economics; Walter Eucken  founded the ordoliberal 'Freiburg School' in the 1930s and is considered one of the fathers of social market economics in Germany.

'As our work and private lives are rapidly evolving, our social market economy, which has been highly successful until now, is confronted with new challenges', Stefan Bauernschuster commented on his research approach. 'In my work, I try to contribute to the pressing issues in public economics against the backdrop of demographic change in Germany.' Using state-of-the-art empirical techniques, Professor Bauernschuster was the first to demonstrate a positive causal effect of available day care facilities for children and the birth rate.

His research has earned him not only academic acclaim, as Professor Silke Übelmesser emphasised in her laudatory speech, stating that 'his politically and socially highly relevant work is often cited in the mass media. Moreover, Professor Bauernschuster has a great wealth of experience in political consultancy.' In addition to the effects of public child care on maternal employment and the birth rate, his research interests include the effects of labour disputes on traffic, accidents, air pollution and general health in large cities. Currently, he is using unique historical data to analyse the effects of Bismarck's health insurance scheme on mortality rates in Prussia at the end of the 19th century.