The Minister of Education of the State of Bavaria, Dr Ludwig Spaenle, and Minister of Economic Affairs, Ilse Aigner, on 6 February appointed the three speakers of the platform ‘Digitalisation in Science and Culture’ of the Center Digitisation.Bavaria (CD.B). One of them is the University of Passau’s Professor Burkhard Freitag, who holds the Chair of Information Management. 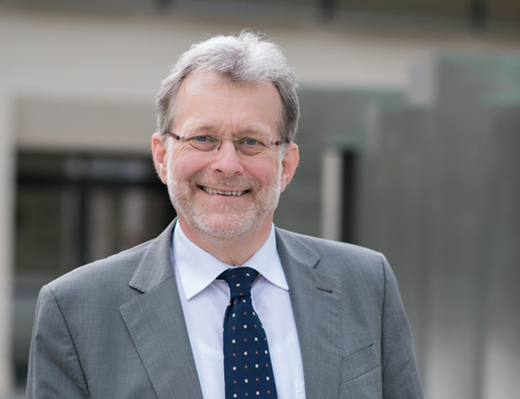 Within the platform, Professor Freitag will be the spokesman for the Science working group. The other speakers are Professor Peter Hubwieser (TUM School of Education) for the Education working group and Professor Julian Nida-Rümelin (Ludwig-Maximilians-Universität Munich) for the Culture working group. The working group platforms are key components of the Center Digitisation.Bavaria, which advance and support digitalisation in their specific areas by way of initiatives and co-operative partnerships.

Education Minister Dr Ludwig Spaenle said: ‘Education, Science and Culture’ builds on the existing, more technologically-orientated thematic platforms of the CD.B in the areas of cyber security, networked mobility, digital production, digital health care/medicine and digitalisation in the energy sector. Each platform is led by a speaker, who, working in an honorary capacity, develops its themes, co-ordinates activities and launches new strategic initiatives in co-operation with the CD.B in Garching and other potential partners. The appointment of the Speakers for the platforms brings us a big step closer to the digitalisation process in education, science and culture.’

Minister of Economic Affairs Ilse Aigner concurred: ‘The three appointed speakers are proven experts in their fields, who will work hand-in-glove with CD.B to shape and develop the activities of their platforms together with the CD.B.’

The aim of Center Digitisation.Bavaria is to further boost and bundle the research competencies of Bavaria in the area of digitalisation, to promote co-operation between businesses and universities in key areas, to intensify business start-up support and accompany society’s dialogue on digitalisation. The measures planned by Center Digitisation.Bavaria are deployed across all of Bavaria.

The University of Passau in the CD.B

Measures taken thus far include the establishment of 20 new professorships across Bavaria, of which the University of Passau has received one – the Chair of European and International Information and Data Protection Law held by Professor Louisa Specht.

To find out more, visit the Center Digitisation.Bavaria website.