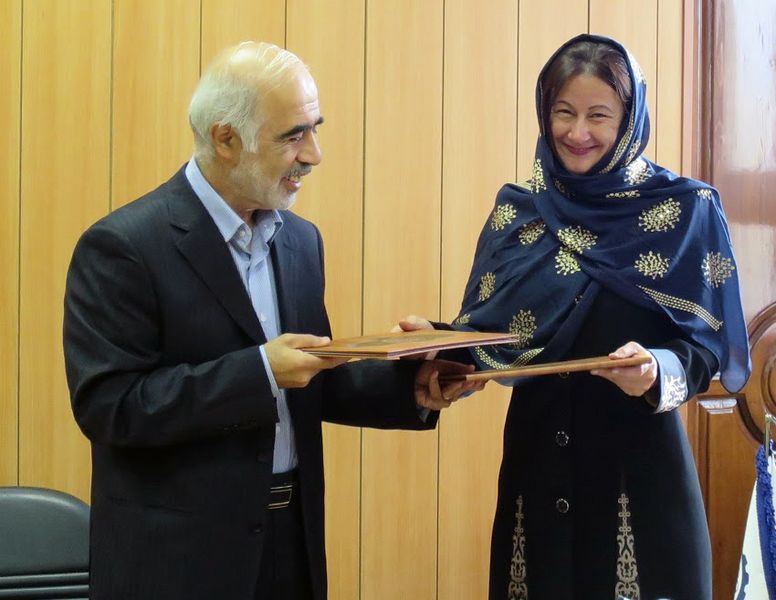 'Iran has a well-educated middle class, a good academic infrastructure and the strong will to open up further towards the rest of the world. The country has historically good relations with Germany, which makes it easier to co-operate,' said Vice President Ursula Reutner. 'There are many indications that the country's political and economic international relations will continue to improve. Perhaps academic exchanges can show the way for closer ties in other areas.'

Amirkabir University was founded in 1958 as a polytechnic and has since grown into one of the five best Iranian universities. Its name is derived from the 19th-century Iranian reformer Mirza Taghi Khan Amir-Nezam, who was also known as Amir Kabir – the 'Great Prince'.

'Iranian universities nowadays take top places in the Middle East and beyond, which demonstrates that significant, sustained investments in the education sector really do pay off,' said Professor Joachim Posegga, the International Relations Officer of the Faculty of Computer Science and Mathematics at Passau, who initiated contact with the Iranian universities.

Passau will welcome its first Iranian students under this agreement in winter semester 2015/16. What came as a surprise to the members of the German delegation was the high proportion of women enrolled in technology and engineering programmes in Iran. 'Computer Science in Passau is still far away from these figures,' remarked Joachim Posegga. Students from Passau will also be able to spend a semester in Iran in the future. 'It is my wish that our students take this opportunity to overcome common stereotypes and misconceptions, and experience a country that is largely unknown to us,' said Professor Ursula Reutner.

The delegation also visited the University of Tehran (known as the 'Mother of Iranian Universities' in Iran) and the University of Shiraz – another excellent university situated in the southern part of the country. 'Both universities cover a wide range of subjects, which opens up interesting co-operative projects, for example in the areas of comparative legal history, philosophy and economics,' Vice President Reutner said.

Note for editors: Please address your media enquiries to the Media Relations Section of the University of Passau, phone: +49 0851 509 1439.