About one year ago, the University of Passau signed a partnership agreement with Yangon University. Acting on an invitation from the Chair of Southeast Asian Studies, newly appointed Burmese Ambassador to Germany, Daw Yin Yin Myint, visited Passau to get a first-hand glimpse of the co-operation between Passau and her home country. 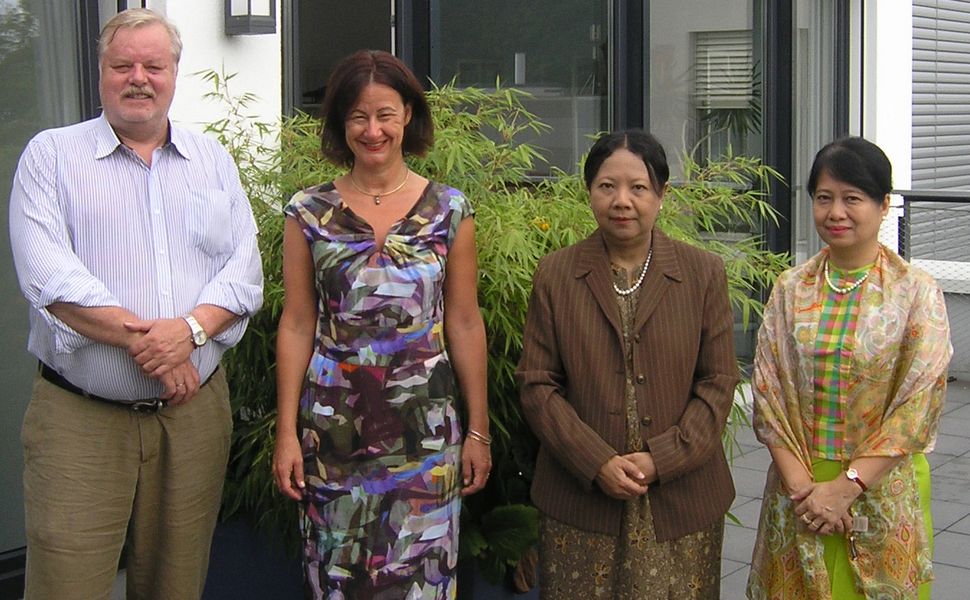 To mark the occasion of the ambassador's visit, a workshop on the current situation in Myanmar was held. Elaborating on the co-operative partnership between the two universities, Vice President for International Relations, Professor Ursula Reutner, said: 'Passau was one of the first universities to sign a partnership agreement with the oldest and most renowned universities of Myanmar. I am delighted to see that the partnership has already given rise to such active academic exchanges, despite being signed just one year ago.'

Speaking at the University, the ambassador touched on Myanmar's current foreign policy. Professor Chaw Chaw Sein, who is currently in Passau on a study visit, explained the background of the upcoming elections in Myanmar. The discussion that followed included issues such as the dearth of Burmese Studies programmes in Germany; moreover, very few German universities offer Burmese language courses. As a result, Myanmar is still largely an unknown country in German academia, despite opening up to the international community in recent years. The discussion also covered university reform in Myanmar, centring on Yangon University – once the leading university in South East Asia – and whether Passau can make a viable contribution to the reform efforts. After the coup d'état in 1962 by General Ne Win, Yangon University was largely closed off and remained under tight military control. The challenge today is to catch up with international academic standards once again.

The University of Passau participates in this endeavour by way of professorial and lecturer exchanges, as well as short visits from international scholars. Since December, Dr Hellmann-Rajayanagam, a team member of the Chair of Southeast Asian Studies, has stayed at Yangon University to help draw up a curriculum for Yangon's history programme. Next winter semester, Professor Oliver Hahn, Professor of Journalism, will travel to Yangon to help establish the new Media Studies Department. Finally, Professor Rüdiger Korff, who holds the Chair of Southeast Asian Studies, will give guest lectures for the new doctoral programme of Yangon University.