Among the 50 participating German universities, Passau is ranked 35th (5th in Bavaria). The University of Passau is positioned in the 351–400 group in the latest Times Higher Education World University Ranking. 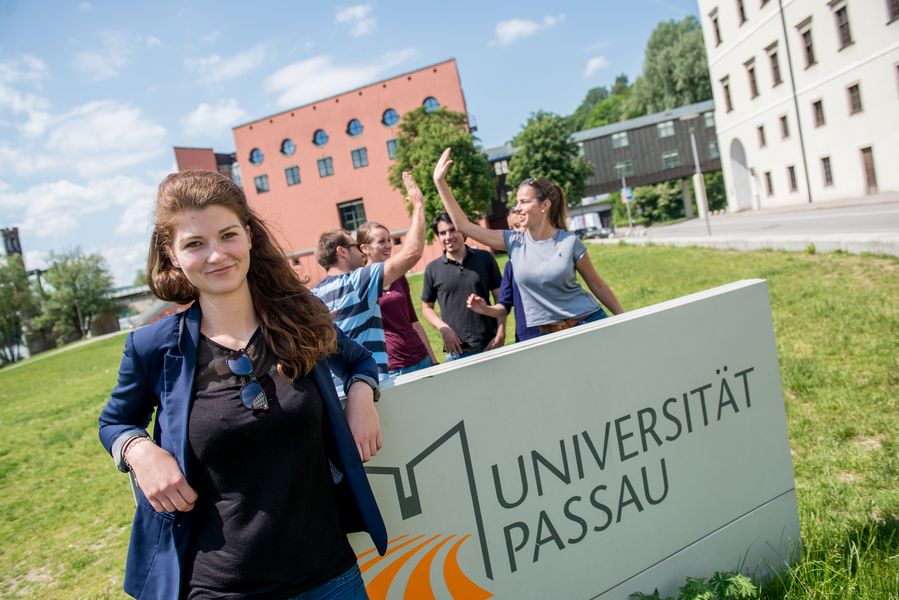 Students on the campus of the University of Passau. The photo was taken prior to the covid-19 pandemic. (Photo credit: Weichselbaumer)

The World University Rankings are compiled and published by the UK's Times Higher Education university magazine (THE for short). When the University of Passau first participated in the annual rankings, it immediately reached a place in the leading 25% of universities worldwide—a position it has successfully maintained in every subsequent ranking. This is all the more gratifying when one considers that the number of universities ranked has grown by more than 50% throughout the past five years: the latest ranking evaluates a total of 1,662 universities.

"I am particularly pleased with our great outcome in this ranking, especially in view of the difficult situation for all of us in the past year. It proves that we have been able to uphold the high quality of our research and education despite the many challenges posed by the pandemic, and that we continue to be strong in the areas of transfer and internationalisation", University President Professor Ulrich Bartosch said. "I wish to thank all those who have helped make this happen. With this very positive news, we can launch into the coming winter semester with renewed motivation. However, this does not mean we will rest on our laurels; we will redouble our efforts to position Passau as an innovative and research-strong university in the heart of Europe for the long term."

"With this ranking, the Bavarian universities are impressively demonstrating that they are absolutely at the cutting edge of research and teaching", commented Minister of Science Bernd Sibler.

The Times Higher Education Rankings, which are among the most influential worldwide university league tables, see an increasing number of participating universities every year. The rankings are based on a comparison of 13 different indicators from the areas of research, teaching, knowledge transfer and internationalisation. Some of the data, such as indicators on the student body, staff figures and financial resources, are reported by the participating universities themselves, while others are obtained from academic databases and THE-conducted surveys among international academics.

The results of the ranking can be viewed at www.timeshighereducation.com.