Consul General of Indonesia, Toferry Primanda Soetikno, visited the University upon invitation of Professor Martina Padmanabhan (Chair of Comparative Development and Cultural Studies with a focus on Southeast Asia) and Interim Professor Monika Arnez. As part of the visit he was briefed on the German-Indonesian activities of the University. 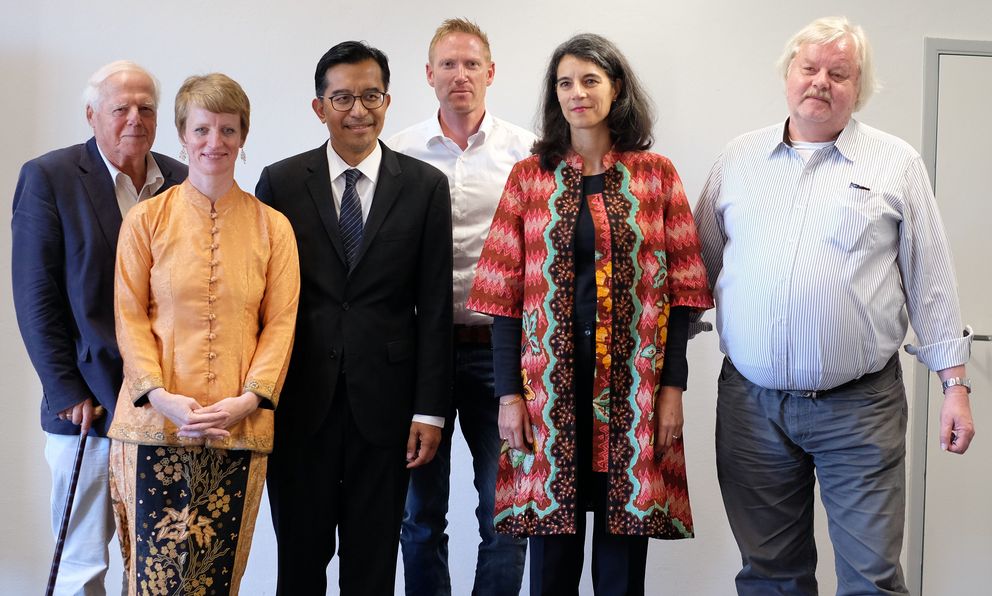 The Consul General was informed of the ongoing co-operative partnerships in research and teaching. Professor Arnez presented the University's approach to development research in Southeast Asia and Indonesia. The Consul General affirmed that the long-standing ties between Indonesia and Germany would be continued and strengthened. Mr Soetikno also raised the possibility of enhancing the collaboration between universities, particularly in the area of mutual student exchange programmes, and to promote joint research projects and professorial exchanges.

Consul General Soetikno subsequently gave a lecture on the implementation of sustainable development targets in Indonesia. In this lecture, he laid out the special circumstances in the multifaceted island state that is Indonesia and emphasised the interrelated nature of development targets such as the fight against poverty and promotion of environmental protection, sustainable economic growth and an open education system. The lecture closed with a question round.

A musical performance by Indonesian and German students gave the audience a small insight into Indonesian popular culture. Finally, to round off the visit, students in the M.A. Development Studies programme did a poster presentation on the topic of sustainable palm oil.