What happens after Britain’s divorce from the European Union? Professor Martin Selmayr, Head of Representation of the European Commission to Austria and former Secretary-General of the European Commission, has accepted an invitation from the Centre for European Law (CEP) at the University of Passau to deliver a guest talk on that topic. The lecture will take place on the night before Brexit, on 30 January at 7:30 p.m. in the Audimax Building (Innstrasse 31). He will be introduced by Professor Michael Schweitzer, Academic Director of CEP. Media representatives and the general public are very welcome to attend the event. 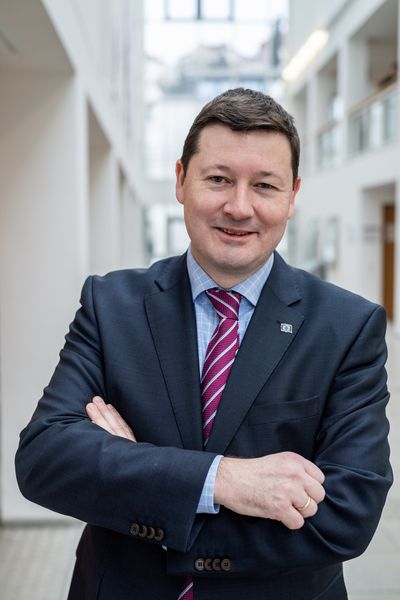 ‘There is great uncertainty about the consequences of Great Britain’s exit from the European Union. For many people as well as the business world, the ability to plan for the future is affected by great uncertainty’, said Professor Schweitzer. ‘Our guest, Professor Selmayr, who was one of the European Commission’s Brexit negotiators, is one of the most knowledgeable experts on all questions concerning Brexit.’

Selmayr will describe the evolution of the Brexit deal in his lecture and address the advantages and disadvantages for the parties involved, as well as discussing problems and solutions.

Selmayr studied Law in Passau, where he also earned his doctorate. After having worked in academia, the private sector and at the European Central Bank, Martin Selmayr joined the European Commission in 2004 where he served initially as Spokesperson for Information Society and Media (2004–10). In 2010, he became Head of Cabinet of Viviane Reding, Vice-President for Justice, Fundamental Rights and Citizenship (2010–14). In these positions, he led the Commission's successful efforts to bring down roaming charges across the EU and to introduce new European data protection rules. In 2014, Martin Selmayr became the campaign director of Jean-Claude Juncker as the European People's Party's (EPP) lead candidate for the European Parliament elections. Subsequently, he was appointed Principal Adviser in the European Commission's Directorate-General for Economic and Financial Affairs and EU Director at the European Bank for Reconstruction and Development before becoming the Head of Mr Juncker's transition team and then his Head of Cabinet when Jean-Claude Juncker took office as Commission President on 1 November 2014. From 2018 to 2019, he was Secretary-General of the European Commission. Since then, he has been working as Head of Representation of the European Commission to Austria.

About the Centre for European Law

Professor Selmayr is the Honorary Director of the Centre for European Law. The CEP is an on-campus institute at the University of Passau, organised as a community benefit society. Primarily, the institute provides education and training on European Law. Among other things, the Centre arranges relevant presentations, seminars, conferences, professional development courses and intensive courses, as well as providing advice to EU citizens on matters of European Law. The CEP members are alumni of the University of Passau who specialised in European Law and who now work in research and practice in the European Union.