The city of Passau has been serving as filming location for German public broadcaster ARD’s ‘Passau Krimi’ crime movies since last year. On 22 January, Passau won the ‘filming location of the year 2019’ award. The University is delighted about this success, especially as it has been proactively supporting the ‘Passau Krimi’ movie project. 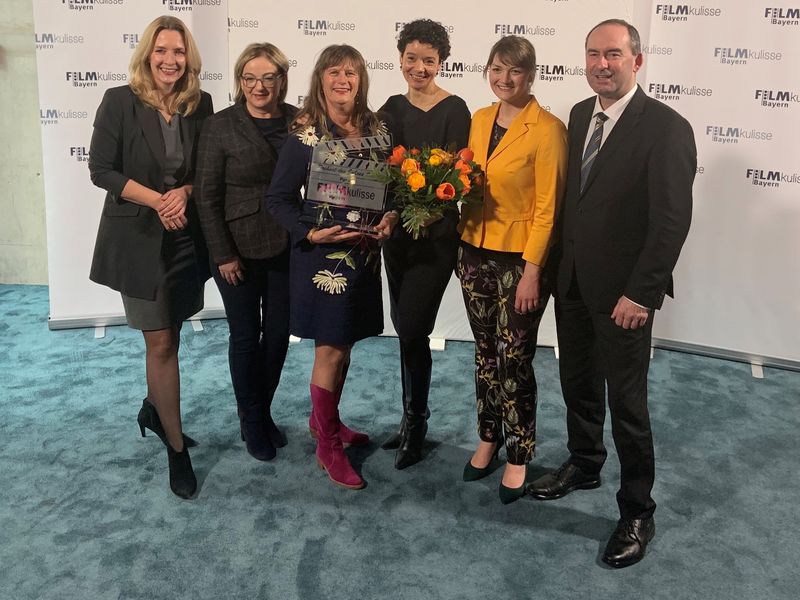 ‘Here in Bavaria, the sciences and the arts belong together. Both have always been looking for truth and beauty. As such it’s a fairly straightforward decision for us as a university to support a movie project like the Passau Krimi. Caretakers, scholars and even the university executive: many of the people on campus didn’t hesitate to champion this project. So we’re incredibly delighted about the ‘filming location of the year’ award. For one thing, we’re very proud of our beautiful city. For another, we’re proud of the contribution we were able to make’, said the Head of Administration, Dr Achim Dilling, who himself had dedicated half a day last autumn to playing a bit part in the movie.

Passau is not just an excellent filming location; the University of Passau is also an excellent provider of education in media production and communications. With B.A. and M.A. programmes in Media and Communication and a B.A. in Journalism and Strategic Communication, and with outstanding media production technology, it is the perfect launchpad for an academic or professional career in the film, media or communications sectors. For example, the University’s Media Technology Centre, opened in 2014, is home to state-of-the-art media production technology including sound and TV studios, an e-learning room and Bavaria’s first cross-media editorial teaching facility. Furthermore, the University was ranked among the best 20 percent of universities worldwide in the Times Higher Education Ranking 2020. In the separate Times Higher Education Young Universities Ranking 2019, the University was ranked in 16th place worldwide.

The Filmkulisse Bayern initiative, a project of Film Commission Bayern and Bayern Tourismus Marketing GmbH, uses the ‘filming location of the year’ award to honour outstanding shooting locations in Bavaria. Passau had to beat Bad Tölz and the Alpine region of Karwendel in the final round. It was the first time a location in Lower Bavaria has won the award. A jury of experts used the following criteria to decide which region would win the award: ease of access to motifs, ease of obtaining permissions to film, services, vacant lots and large spaces, facilities, variety of locations, local service providers, affordable accommodation, connectivity, infrastructure, local networks, communications, public relations, central point of contact and coordination. The Filmkulisse Bayern initiative launched the ‘filming location of the year’ award in 2015. Previously, the award was won by the city of Nuremberg (2015), the Tegernsee-Schliersee region (2016), the city of Regensburg (2018) and the Berchtesgadener Land region (2018).