BioCult project: Passau researcher studying biodiversity and biomass in the forests of Kenya and Ethiopia 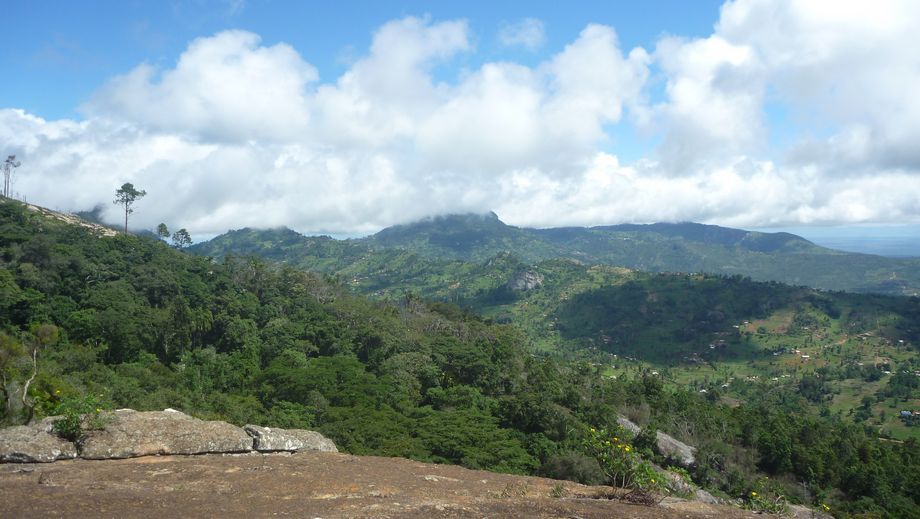 Tropical forests are home to a remarkable diversity of species and often of major cultural significance to the people living there. However, many of these forests are being depleted and threatened by conversion into agricultural areas. The international research network BioCult, to which Professor Christine Schmitt from the University of Passau belongs, is studying the biodiversity and traditional protection of three forest regions in Kenya and Ethiopia.

Kenya's and Ethiopia's original forest cover has long been shrinking and replaced by agricultural lands and eucalyptus woodlots. Forest fragments have been preserved in the areas selected for study, also thanks to traditional protective mechanisms. The indigenous montane rain forests of the Taita Hills in South Eastern Kenya are home to what are known as forest altars, and the kayas on Kenya's coast have been kept as sacred forests by the local population over centuries. In Ethiopia's highlands, the monasteries of the Ethiopian Orthodox Church play a key role in protecting what are called church forests.

The goal of the international and interdisciplinary BioCult project is to study the biodiversity, ecosystem functions and cultural significance of these three forest regions. Researchers from Kenya, Ethiopia, Germany and Austria, supported by students from these four countries, are undertaking joint field visits to study the current status of three forest regions and the traditional protective mechanisms currently affected by ongoing social change. The objective is to ensure long-term forest conservation that takes into account the needs of local stakeholders. The University of Passau is part of this research group, which also includes the Martin Luther University Halle-Wittenberg, Vechta University, Pwani University in Kenya, Taita Taveta University in Kenya, Bahir Dar University in Ethiopia and others.

"The desire to protect the forest is already there in the local population", explains Professor Christine Schmitt who holds the Chair of Physical Geography with a focus on Human-Environment Research and is involved in the project on behalf of the University of Passau. "Religion plays an important role: the Ethiopian monasteries are surrounded by sacred forests, for example, which are protected by the priests. We want to establish to what extent biodiversity has been preserved in the forests remaining around the monasteries and whether these surviving stands can serve as a starting point for restoration efforts", Schmitt says. More specifically, new forest corridors could be created starting out from these areas, for example. Divided up into seven working groups, researchers from the social and natural sciences work together closely in an effort to understand the forces at play regarding the use of those forests and to formulate recommendations for forest conservation. Professor Schmitt heads the working group "Vegetation ecology" with its particular focus on biodiversity and tree biomass.

The project supervised by Dr. Mike Teucher (Martin Luther University Halle-Wittenberg) is not only geared toward research cooperation between many different players and institutions. It also serves as an exchange programme that admits up to twenty students from the four different countries every year. The students participate in the research and take account of the results in their final research papers. After the initial surveys conducted in the Kenian Taita Hills in summer 2021, two additional research visits will be undertaken in spring (Kenya's coast) and autumn 2022 (Ethiopia's church forests) to collect additional data.

BioCult builds on earlier research results from the project "Reconciling human livelihood needs and nature conservation". It is the recipient of a three-year grant from the German Academic Exchange Service (DAAD).