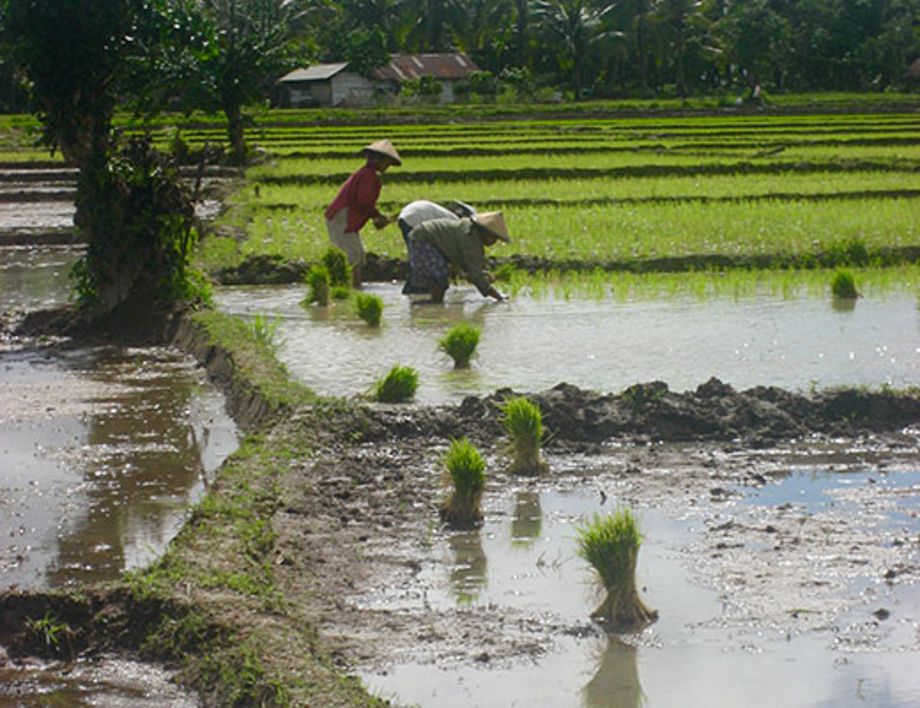 Turning Indonesia organic: Can the agriculture of the world’s largest island country be transformed into a bioeconomy? A research team at the University of Passau explores the potential of organic farming in Indonesia - the German Federal Ministry for Research and Education (BMBF) supports the project with a budget of EUR 882.190.

Indonesia after the Green Revolution

It was called Green Revolution, but with mixed result: In the mid-1960s Indonesia's agriculture was industrialized to increase yields and prevent famines. It was a move away from traditional agriculture. The consequences are noticeable today: Lower soil fertility is the consequence, loss of agrobiodiversity and other growing environmental concerns.  There are already efforts to promote organic farming, "but the share is still very small," explains Michael Grimm, Professor of Development Economics at the University of Passau, who - together with Prof. Dr. Martina Padmanabhan from the Chair of Comparative Development and Cultural Studies - is directing the project IndORGANIC. Indonesia is the largest and most populous country in South East Asia. The social scientist and the development economist want to explore to what extent its agriculture could be transformed into organic farming.

Organic farming means: no pesticides, no chemical fertilizer and hence a more sustainable production. Strengthening traditional agriculture, where it is still practiced and complement it with sophisticated methods for example in biological pest management. Ideally there do long run gains in sustainable ecosystem services compensate for short-term losses in productivity. "Food production through organic farming implies transformational change that touches upon distribution issues, it bears conflicts about values and it requires institutional change," explains Prof. Dr. Padmanabhan.

At the beginning the researchers have to understand Indonesian approaches to organic farming and explore which methods and systems of organic farming can be promising in the context of Indonesia. Subsequently, farmers will be informed and possibly convinced to apply these methods. The team will offer training on these methods and devise incentive mechanisms to foster adoption. These will be tested through a pilot project in about 50 to 60 villages The researchers from Passau will collaborate with the Universitas Atma Jaya in Yogyakarta and the Institut Pertania Bogor on the Indonesian island of Java, both will also work together.

The team explores organic farming as an alternative to conventional agriculture from a philosophical, social and economic perspective in an inter- and transdisciplinary approach: Prof. Dr. Padmanabhan, a social scientist, analyses findings on values and belief systems motivating human behavior. Among other things, she examines the influence of gendered institutions enabling or disadvantaging organic farming: In Indonesia farming women take care of food production, while men tend to produce cash crops to make profits. So are women more receptive to organic farming? And if so, how could this be supported?

Development Economist Grimm brings in economics: What incentives are needed to win over conventional farmers? Could subsidies help to overcome reluctance to adopt organic farming? Grimm is positive about the initial situation: "The Indonesian agriculture is relatively well developed, we have a huge internal market, and with South Korea, Malaysia and China, Indonesia has prosperous neighbours." Indonesian organic products such as rice (pictured: rice farmes at work in Indonesia, photo: V. Schreer), coffee, cocoa, tropical fruits and cassava plants could turn into successful export commodities. Possibly, the transformation into a bioeconomy could make Indonesia also more attractive for tourists. Bali uses already this selling argument.

At the end of the three-year project, the researchers want to present a comprehensive analysis of the situation and demonstrate the potential of organic farming in Indonesia as well as interventions needed to realize the vision of a bioeconomy. The team will write accessible policy briefings for Indonesian local governments as well as recommendations for actors such as the World Bank and the Gesellschaft für Internationale Zusammenarbeit (GIZ). In addition, there will be academic publications for the research community. A webpage of the project will deliver regular updates about the progress of the project.

Prof. Dr. Martina Padmanabhan, Professor of Comparative Development and Cultural Studies with a focus on Southeast Asia at the University of Passau, is leading the project together with Prof. Dr. Michael Grimm, Professor of Development Economics. Partners in Indonesia are the Universitas Atma Jaya Yogyakarta (UAJY) and the Institute Pertania Bogor (IPB) as well as the Indonesia Organic Alliance (IOA).

The Federal Ministry for Education and Research (BMBF) supports the project over a period of three years with a budget of EUR 882.190.