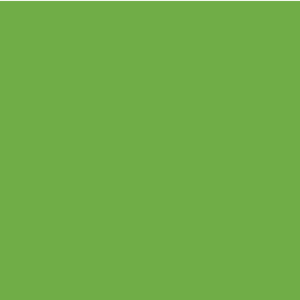 For the period of office from March 1, 2021 to February 29, 2024, Dr. Claudia Krell has been appointed Equal Opportunities Commissioner of the University of Passau on the basis of the Law on Equal Opportunities for Women and Men (BayGIG) and is responsible for the academia supporting staff.

Her range of responsibilities is regulated in Art. 15 to 19 BayGIG. The Equal Opportunities Commissioner monitors and promotes the law, which includes the following objectives:

The Equal Opportunities Commissioner is also responsible for:

The University's institutions support the Equal Opportunities Commissioner in the fulfilment of her tasks, inform her comprehensively and at an early stage of processes relevant to equal opportunities and involve her in these processes.

The Equal Opportunities Officer of the University of Passau is a member of the following networks:

Existing differences in the comparison of the proportions of women and men, in particular with regard to full-time and part-time employment, leave of absence, recruitment, application, further training, promotion, higher grouping and performance pay are presented and explained in the equality concept. In order to increase the proportion of women in areas in which they are employed in significantly lower numbers than men, measures should be developed to implement personnel and organisational improvements on the basis of time-related targets as well.

In addition, initiatives to ensure equal opportunities for women and men and the compatibility of family and employment, especially structural measures, should be developed and presented.

Reports of the Bavarian State Government

Bavarian State Ministry of Education and Cultural Affairs, Science and the Arts

The term " Gender Mainstreaming" refers to the decision to enforce gender equality at all levels of society and is mostly used in public institutions.  In contrast to explicit women's policy, gender mainstreaming includes both genders equally in the conceptual design.

The word " Gender" describes the societally, socially and culturally shaped gender roles of women and men.  Unlike biological sex, these are learned and can therefore be changed. "Mainstreaming" refers to the attempt to bring disadvantaged or marginalised groups into the centre of society, i.e. into the normal "mainstream".Thus, Gender Mainstreaming can be defined as " universal gender equality orientation" or "gender equality policy".

Based on the fact that there is no gender-neutral reality, gender mainstreaming is thus the mandate to the top of an administration and to all employees to take into account - from the outset - the different interests and life situations of women and men, namely:

"Gender Budgeting" refers to the establishment and implementation of measures within the process of drawing up public budgets of the German Federal Government, the German Federal States and local authorities with the aim of promoting and ultimately achieving actual gender equality. "Gender Budgeting" is seen as a sub-strategy of gender mainstreaming in order to achieve gender equality through appropriately designed budget management.

At the 1995 United Nations World Conference on Women in Beijing, gender mainstreaming was established as a policy method and guideline to be translated into national activities by participating countries. The Amsterdam Treaty appointed the concept of gender mainstreaming as an official objective of the European Union's gender equality policy in 1997/1999. In a cabinet decision of 23 June 1999, the Federal Government recognised equality between women and men as a universal guiding principle of its actions and decided to promote this task by means of the strategy of gender mainstreaming. In 2002, the Bavarian State Parliament decided to anchor Gender Mainstreaming in all policy areas and to provide further training for managers. On 1 October 2002, the Bavarian State Government announced the amendment of the Rules of Procedure of the Bavarian State Government and the Organisational Guidelines with the aim of promoting a gender-sensitive perspective (AllMBl. No. 13/2002, p. 891f).

On April 9, 2013, the University of Passau adopted guidelines on gender-sensitive language, which come into force with immediate effect. The University of Passau is thus making its contribution to the realisation of the organisational guidelines on linguistic equality issued by the Bavarian State Government in 2003.
Richtlinien zur geschlechtergerechten Sprache  (German)