The Consul General of Iran, Abdollah Nekounam Ghadiri, visited the University of Passau to gain information on the Iranian-German activities of the University. 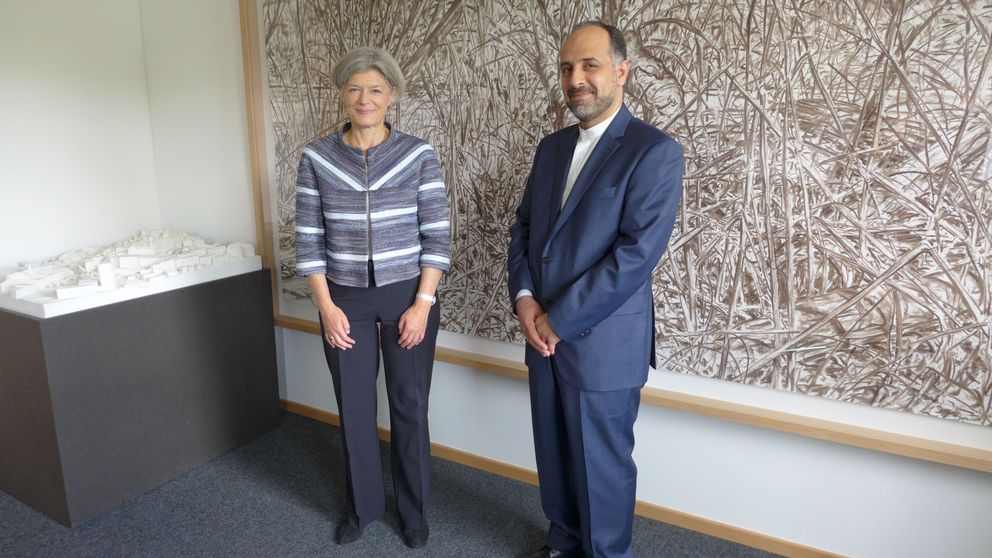 Welcomed by the President of the University, Vice President for International Relations Ursula Reutner and academics from the Faculty of Computer Science and Mathematics and the Faculty of Law, the Consul General informed himself of the ongoing co-operative partnerships in research and teaching. Moreover, he expressed the Iranian universities' interest in strengthening their worldwide partnerships, saying Iran was now open for student exchanges and that promoting international partnerships was one of the top priorities in terms of the country's science policies. Both sides affirmed their intention to hold joint conferences in Passau and Tehran and further expand their research collaborations.

'Iran, its universities and research institutions, are an important part of the education and science landscape in the Middle East, making significant contributions to strengthening civil society and businesses in the region', said University President Carola Jungwirth, adding: 'The University of Passau – and first and foremost the Faculty of Computer Science and Mathematics – maintains extensive exchange partnerships in the domains of research and teaching with leading Iranian universities. I am therefore delighted at the Consul General’s visit'.

The University of Passau is one of a small number of German universities that has established academic ties with Iranian universities, especially in technological subjects. Since 2015, the University has been co-operating with Amirkabir University in Tehran, and a partnership with Shiraz University was formed in 2016.