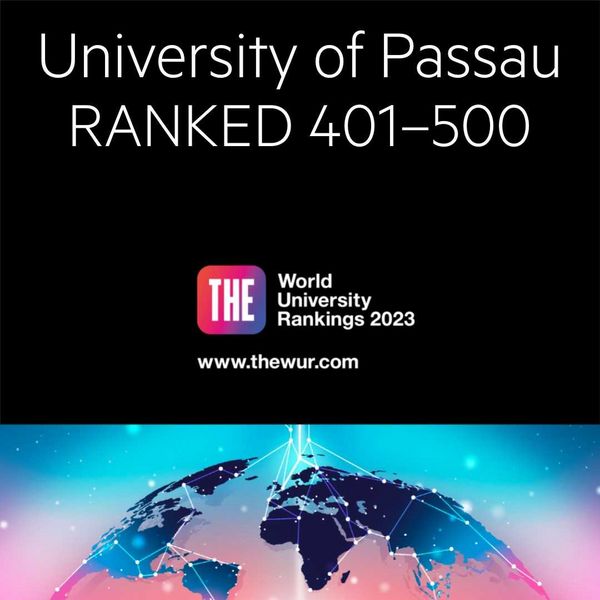 "For several years now, our University has consistently been rated one of the best 25% in this internationally reputable ranking. I am exceptionally pleased by this remarkable result. I would like to thank everyone involved. Thanks to the edge the Hightech Agenda Bayern gives us and the gains we are achieving, for example, in the area of doctoral research, we intend to defend our strong position and improve it, if possible", says University President Professor Ulrich Bartosch.

The THE Ranking is one of the most important international university rankings. Every year, the number of universities deciding to face its verdict is growing. This year, 1,799 universities took part. Thirteen different criteria covering research, teaching, knowledge transfer and internationalisation are assessed. Some of the data, specifically student and staff numbers and financial figures, are provided by the universities themselves. The organisers of the THE ranking source additional data from scientific databases and from a THE-run survey of academics.

The University of Oxford continues to hold its top spot in the ranking. Harvard University is in second place, ahead of Cambridge University and Stanford in joint third place. The top 10 positions were all achieved by universities from the USA (7) and the UK (3). In 11th place, ETH Zurich achieved the highest placement of European universities. The highest-ranked German universities are the Technical University of Munich (30), the Ludwig-Maximilians-Universität München (33) and Heidelberg University (43).